Complaints Against Ocwen Continue to Snowball

Ocwen Financial is one of the largest mortgage servicers that operate nationally along with Bank of america and Wells Fargo. They all handle the day-to-day financial tasks involved with managing housing loans, including processing payments.

Last week, New York State's Department of Financial Services Superintendent Benjamin Lawsky sent an open letter to Ocwen, alleging that the company had backdated potentially hundreds of thousands of letters to borrowers “likely causing them significant harm.”
In most cases, borrowers received a letter in the mail that denied mortgage loan modifications that was dated more than 30 days before it arrived,. Rather than deny the alleagations, Ocwen sent out a letter of apology. 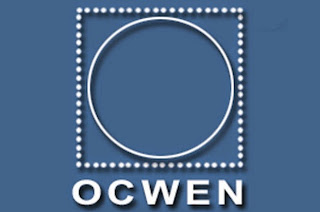 In the aftermath of Lawksy’s letter, ratings agencies, banks and other advisory services seemed to come out of the woodwork to join in the attack on Ocwen for its business practices.

The largest number of complains were by hundreds of homeowners who had major grievances with Ocwen's handling of their mortgage payments as well as their foreclosure processes. http://www.usatoday.com/story/money/business/2014/10/30/ocwen-cfpb-complaints-earnings/18120629/
Posted by Geoff Gove at 11:54 PM No comments: