Signs of a Resurgent Housing Market 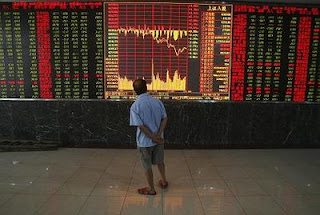 Leave it to a journalist for the top site for political trends and surveys, RealClear Politics.com, to provide an upbeat analysis of today's Real Estate Market:

Is it possible that the housing market has turned?

Blamed for just about everything bad that has happened recently to the economy, housing sales, I dare say, are showing signs of picking up. At the risk of being considered a lunatic, I say this for reasons of systematically gathered data, personal experience and common sense.

First the data, which hasn't and won't get as much attention they deserve, considering the fact that everyone has been blaming the dismal housing market for as far back as recent memory can take us. The good news is that the National Association of Realtors said sales of existing-home sales--including single-family, townhomes, condominiums and co-ops--for September jumped 5.5 percent higher over the previous month. They are 1.4 percent higher than September 2007. That's the first time that sales have risen compared to a year earlier since November 2005.

Could this be a turnaround? Let's look at another NAR measure: its "pending sales of existing homes" index most forward-looking barometer of residential sales because it records a sale when a contract is signed, rather than at closing, which can be months later. In August, the latest month available, it rose 7.4 percent over July. More significantly, that's 8.8 percent higher over August 2007. These are the kinds of numbers that should be on the front page over every newspaper in the country--but they weren't

The two complaints allege the defendants victimized 48 homeowners, taking advantage of their financial woes and fear of losing their homes by persuading them to take part in sale/lease back schemes.
Posted by Geoff Gove at 11:57 PM 1 comment: 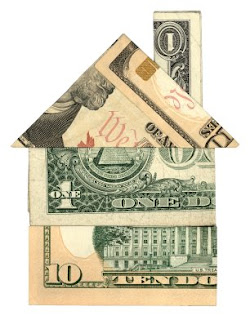 The U.S. housing agency created in the depths of the Great Depression is once again doing a brisk business helping stabilize the mortgage finance market.

Demand for loans insured by the Federal Housing Administration is soaring, after years of being overshadowed by subprime, interest-only, no-doc and other inventive mortgage types.

Through July, the number of FHA loans in New Jersey already is 80 percent higher than in all of 2006, according to the Philadelphia office of the FHA.
This spring, the FHA increased its loan limits to provide relief to struggling homeowners and the tight housing credit markets. In southern New Jersey, the FHA loan limit is about $450,000, while upstate, where prices are higher, the limit is above $750,000.

Most of the new interest is coming from distressed homeowners seeking to refinance their existing, mainly non-FHA loans - especially adjustable loans resetting at higher rates. Of 22,666 FHA loans in New Jersey through July, 13,597 were for refinancings by existing homeowners.
Posted by Geoff Gove at 11:36 PM No comments: 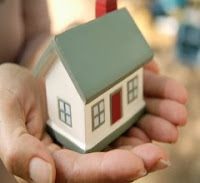 Home builders are reducing the size and options available, according to Daily Real Estate News to appeal to buyers with less money to spend and who are facing a harder time getting financing.

“We're getting back to more the way things were historically, kind of undoing the excesses, not just from a price perspective but home size and (fewer amenities)," says Nishu Sood, a Deutsche Bank analyst.

The new KB Homes aren’t just smaller, they are more efficiently designed, says Steve Ruffner, president of KB Homes. "You could have a three-bedroom, 2,500 square-foot single-story home and all you had was wide hallways and bigger rooms. It wasn't really giving [buyers] the utility," Ruffner says.
Posted by Geoff Gove at 2:17 PM No comments: 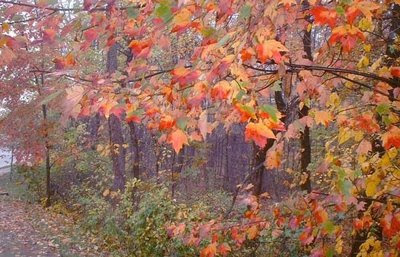 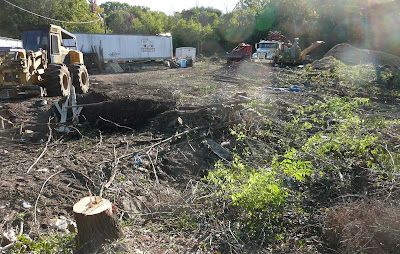 Without warning, the 8 year struggle by Bloomfield environmentalists to make a nature preserve from a 5.7 acre grove of trees came to an end a few days ago. Current plans call for the addition of 38 townhouses to the flood-prone landscape -- once described by Mayor McCarthy as "a pristine wilderness." A raucous post mortem between residents and the property's former owners has been the lead topic on NJ,com's Bloomfield forum. Despite the availability of grant monies to purchase the property, the former owner'ss family claims the town never made an offer. Neighborhood groups claim otherwise. Stay tuned....
Posted by Geoff Gove at 8:07 AM No comments:

From Blue New Jersey:
Home foreclosures are rising in New Jersey, from 23,000 two years ago to 34,457 last year - and they are on pace to hit 50,000 this year, lawmakers were told Monday.
"That's far more than double in two years," Banking and Insurance Commissioner Steven Goldman told a joint meeting of the Assembly financial institutions and housing committees.

The Commissioner did try to find a silver lining with all of the difficult economic news:

Goldman said, "I am pleased to report that our state-chartered banks are doing relatively well. Our state banks here have steered clear of the risky, exotic loan products."

Goldman said foreclosures and past-due loans in New Jersey are below the national average, noting that sub-prime mortgage loans - considered a root of the global illness - "represent about 10.5 percent of all loans in New Jersey.

This testimony came as part of a busy day in the Assembly where 9 hearings were held, many bills were heard and legislation dealing specifically with the foreclosure issue was passed out of committee:

The New Jersey Home Ownership Preservation Act establishes a $30 million fund to pay for emergency loans, counseling services and efforts by nonprofits to buy foreclosed properties and return them to productive uses.

The bill also would give homeowners facing foreclosure six months to renegotiate the terms of their mortgage or find new financing.
Posted by Geoff Gove at 9:40 PM No comments:

Welcome to Woodland Park.
That could be the greeting at West Paterson's border after voters answer a referendum on changing the municipality's name in November. It will be the fourth time in 20 years that residents have considered a new name.

Three times before, West Paterson voters rejected new names: Woodland Park in 1989, West Park in 1995 and Garret Mountain in 2001. This year's drive resurrects the first alternate name of Woodland Park. But unlike the previous campaigns, the Committee to Change the Name of Our Borough appears to be operating very quietly.

"Woodland Park" better represents the borough as "a community of parklands, wooded areas, and the flowing Passaic River," according to the committee's leaflets. Supporters of the movement said they want to drop the association with the neighboring city of Paterson to avoid being confused as a neighborhood within the city. Others believe the current name may hurt property values.

The bulk of the 877 signatures filed with the petition were collected from residents of the borough's newer town house developments, including Wedgewood Knolls, and Garret Heights.


The next question may be whether to call the residents "Woodlanders" or "Parkers."
If Woodland Park rings familiar, it maybe because of the 2,610,000 Google references to similar entitie -- including The Seattle Zoo illustrated in our graphic.
Posted by Geoff Gove at 10:43 AM No comments: 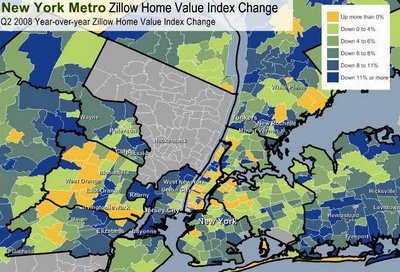 Click on Map for larger view. Zillow has come up with some surprising figures that indacate numerous exceptions to the the downmarket trend. Comparing the first half of '08 to '07, Upper Montclair, Verona, W. Orange, Milburn, and the Caldwells have risen the most. Also parts of Newark.
Posted by Geoff Gove at 1:13 PM No comments: