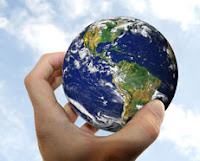 Carbon dioxide emissions from fossil fuel use are declining in a growing number of states as they invest in the clean, renewable technologies that are part of a new energy future. Emissions remain on the rise in other states that have not eased their reliance on dirty fuels.
Environment New Jersey reports that Four Northeastern states—Connecticut, Delaware, Massachusetts and New York—emitted less carbon dioxide from fossil fuel consumption in 2007 than they did in 1990. Since 1997, gross state product in these four states increased by 65 percent while carbon dioxide emissions decreased by 5 percent.
• Seventeen states and the District of Columbia have seen total emissions decline since 2004, a year of peak emissions for many states. Maine saw the largest percentage decline over this period, while New York and Texas—the nation’s eighth-highest and highest emitters of carbon dioxide, respectively—saw the greatest absolute declines.
• Still, emissions in 33 states increased between 2004 and 2007. Emissions in Oklahoma saw the greatest percent age increase, followed by Montana and Hawaii.
Posted by Geoff Gove at 11:46 PM No comments:

Brian Donahue notes on NJ.com that this month's decision not to merge the tiny towns of Wantage and Sussex could have larger implications for the debate over property taxes and consolidation in New Jersey. It's one of the great paradoxes of New Jersey politics: most people agree there are too many layers of government, too many town halls and police departments and bureaucrats in a tiny state with 566 municipalities. But ask taxpayers to merge their town with the one next door, or maybe even share a police department and most of the time, the answer is a loud, "No way."(Don't miss Brian's Feature Video and reader comments)

That's just what happened last week in the Township of Wantage, where voters rejected a ballot measure that would have joined the town with the tiny Borough of Sussex. Sussex is essentially Wantage's downtown, cut off from the surrounding township in a feud over utilities costs in the late 1800's.
Posted by Geoff Gove at 9:51 PM 2 comments:

New Jersey is the first state in the nation to have a sustainability program that links certification with strong state and private financial incentives, and a fully resourced program of technical support and training. The Sustainable Jersey program is now the accepted benchmark for evaluating a municipality’s progress.

Bloomfield is part of an elite group of municipalities that have achieved the prestigious Sustainable Jersey certification in the first year of the program. Municipalities that earn the designation are considered by their peers, by state government and by the experts and civic organizations in New Jersey, to be among the leading municipalities in the state. Thanks to John Palomaki and the volunteers at Greener Bloomfield for their tireless efforts in achieving the designation.

The 43 actions of the Sustainable Jersey program are ambitious, covering areas such as energy and efficiency, health and wellness, land use and transportation, waste reduction, local economies, natural resources, and diversity and equity, to name a fewThe Sustainability Champion award recognizes municipalities that have scored the most points in the Sustainable Jersey certification program in three population categories: small (0-5,000), medium (5,000-50,000) and large (50,000+). The 2009 Sustainability Champion award winners are:
• Large: Woodbridge Township (Middlesex County)
• Medium: A tie between Ocean City (Cape May County) and the City of Summit (Union County)
• Small: Woodbine Borough (Cape May County)..
Posted by Geoff Gove at 9:36 PM No comments:

It's official! President Obama today signed legislation H.R. 3548, which includes a provision to extend and expand the $8,000 first-time home buyer tax credit, with a new $6500 Credit for current homeowners wishing to move up. The New Jersey Association of REALTORS® (NJAR®) anticipates that the newly signed legislation will help maintain the recent momentum seen in the New Jersey real estate market and spur the state's economy as a whole.

"It's a brand new day for those first-time home buyers who were rushing through their transaction in anticipation of the original November 30th deadline because they now have more time to complete the process," said NJAR® Executive Vice President Jarrod C. Grasso, RCE. "The extension to April 30th of next year is key because these new buyers now have the opportunity to analyze every aspect of their purchase carefully and still close in time to obtain the $8,000 credit."

The legislation will extend the $8,000 first-time home buyer tax credit past its original November 30 deadline, and it will now be available through April 30, 2010. Additionally, existing homeowners who have lived in their homes for at least five consecutive years out of the last eight will be eligible for a credit that can total $6,500. In both cases, a written, binding contract to purchase must be in effect by April 30, 2010, and the purchaser needs to close by July 1, 2010.

On the "trading up" side, Goldman Sachs estimates as many as 70 percent of owners will be eligible.

"The credit has been shown to be a powerful incentive that significantly spurred the real estate market here in New Jersey," said Diane Dilzell, president of NJAR®. "Expansion of the tax credit to current homeowners is bound to aid in continuing to elevate the housing market and the economy further as it offers a bonus to those buyers. In addition to experiencing low prices and low interest rates, current homeowners are now faced with a prime opportunity to trade up to the home of their dreams."

According to data from the NATIONAL ASSOCIATION OF REALTORS® (NAR), in New Jersey, the home buyer tax credit has brought in an additional 6,500 buyers into the market in 2009 compared to 2008. NJAR® is hopeful that the credit extension and expansion can lead to continued growth in 2010.

More than 1.4 million people nationally have claimed the original tax credit, based on figures provided by the Internal Revenue Service (IRS). About 350,000 of those would not have made their purchase without the tax credit, according to estimates from NAR.
Posted by Geoff Gove at 7:56 PM No comments: 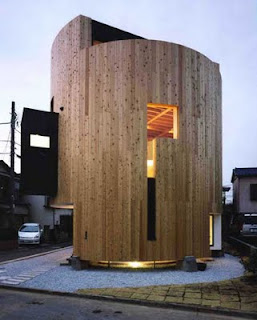 Nothing like thinking of the box in home design. Building materials and construction techniques are part of the story, but even once a residence is built there are furniture objects, wall fixtures and all kinds of other design elements that make rounded homes a radical challenge inside and out. Thanks to dornob.com.
Posted by Geoff Gove at 9:27 AM No comments:

Time to Move UP? 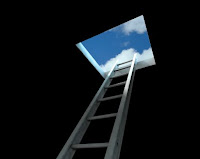 Had very good turnout at my Open House in Nutley. 10 sets of people with no audible complaints about the roomy split level. First time in a long time that majority of buyers were current homeowners looking to upsize.

Experts are now predicting that the "first-time buyer" tax credit will be expanded to "move-up homeowners. Crucial Senate vote should come in next couple of days. Let us pray...
Posted by Geoff Gove at 11:57 PM No comments: