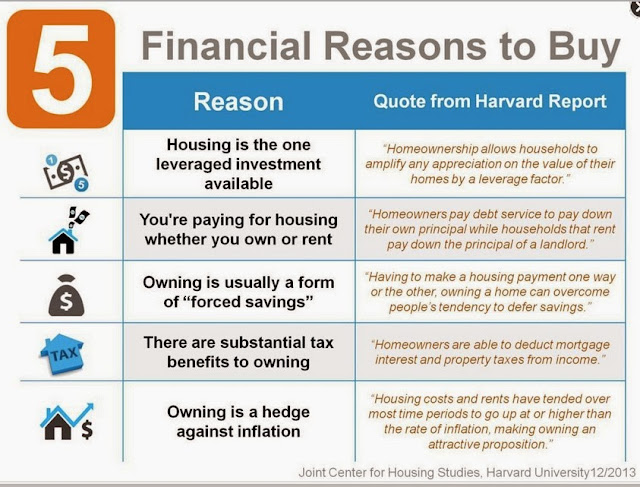 Most experts are calling for an increase in mortgage interest rates in 2014. However, some experts believe the increase will be more dramatic than is being projected. They believe rates will be closer to 6% than 5% by year’s end. The Fed announced last month that they would be pulling back some of their stimulus package which has helped the housing market by keeping long term mortgage rates at historic lows for the last few years. 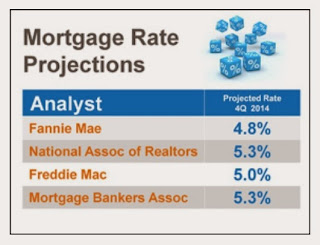 Above are the most recent projections of where rates will be at the end of 2014 by the four major agencies. However, we believe that the government is not afraid to shoot right past these levels.

Doug Duncan, chief economist for Fannie Mae, this past summer announced:
“I don’t think the Fed ultimately would be troubled with a 6.5% mortgage rate.”

And Frank Nothaft, Freddie Mac VP and chief economist, at virtually the same time explained: "As the economy continues to improve, we expect to see continued upward movement in long-term interest rates… At today’s house prices and income levels, mortgage rates would have to be nearly 7 percent before the U.S. median priced home would be unaffordable to a family making the median income in most parts of the country.”

Only time will tell. However, we feel that rates could easily reach the 5.75-6% range by year’s end.
Posted by Geoff Gove at 11:51 PM No comments: