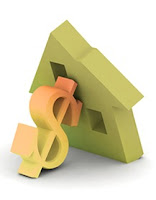 Whether your a 1st time buyer, or a homeowner looking to refinance or modify your existing mortgage, it's more important than ever to "qualify" your lender -- just as they're qualifying you. The lowest interest rate isn't always the best deal. Closing costs and prepayment penalties, for example, can adversely affect the bottom line. We give our clients a selection of vendors who have a good track record, but they're still free to use someone with whom they've established a relationship.

The Star Ledger is reporting that six people have been indicted on various mortgage fraud-related charges in three separate cases in New Jersey. Among those charged are two women who authorities say used loan application information to obtain more than $1 million in unauthorized mortgages, lines of credit and credit cards. Banks in New Jersey, Pennsylvania, and New York were defrauded in the schemes.
Posted by Geoff Gove at 11:26 AM No comments: 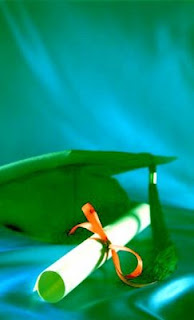 NAR has introduced a new GREEN designation for REALTORS®, which will help home buyers and sellers who care about energy efficiency and environmentally sound building practices identify REALTORS® who can help them meet their green home goals.

I've gone back to school to learn the most effective ways to reach these goals. I've aced my final exams and expect to receive my "degree" in the form of NAR's official Green Designation in a few weeks.

Green building may be incorporated from construction, through green materials and design, through reconstruction with energy efficient materials. There are basic inexpensive -- as well as costly -- methods for making yours a "green home."

The New Jersey Association of Realtors is making access to these methods easier for Realtor® and consumer alike with links on its newly enhanced website.
Posted by Geoff Gove at 11:50 PM No comments: 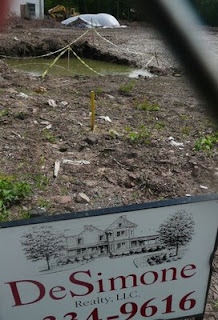 By a 4 to 3 vote, Bloomfield's town council voted down a contoversial proposal to reduce open space funding in the towns 2009 budget. We arrived too late to hear all the heartfelt appeals that residents made at the opening of the meeting, But I was allowed to make the following comments:

First, I'd like to give all of you your due credit for the tough decisions you've had to make to keep this year;s budget increase as low as you have.
Please don't blow it now by repealing the overwhelming vote of our residents to save our open spaces. As I recall, the open space referendum won by a 2 to 1 margin. Where do you get the right to negate these voters.? That's happening a lot these days in third world countries. It shouldn't happen here.

I live close to the formerly Copeck-owned open space that you, Mr. Mayor, once heralded as a pristine wilderness. Last fall, I watched the tractors rip out 2/3 of the trees that made that space magical.
The developer here is apparently asking 659k for slightly larger townhouses in Hasbrook heights. Does anyone know when there's going to be a market for let's just say half million dollar townhouses on a flood plain? As a Realtor, I have my doubts. The larger of the Greenbrook townhouses now sell for around 300k. I know there were lengthy negotiations to save that space with public funding. Apparentlly we didn't have enough funding to save it for our town. Suppose our open space fund had started 9 years earlier -- or even 5 years. That Liongate forest might have remained pristine.

Posted by Geoff Gove at 6:28 PM No comments:

Mortgage rates jumped across the board this week, with 30 year fixed mortgages reaching their highest point so far this year.

Freddie Mac reports a jump in the rate for the most popular conventional mortgages to a 25-week high of 5.29 percent during the week ended June 4, up from 4.91 percent the prior week. As recently as two months ago, rates had been 4.78 percent. The 15-year fixed rate also increased, rising to 4.79 percent from 4.53 percent.

Rates are still low by historical standards. Since 1985, the 30-year fixed mortgage rate has averaged 7.84 percent. That's distorted by years of double-digit rates in the 1980s and early 1990s, but even if you look at more recent times, today's rates look good. In 2008, the median rate on the 30 year fixed was 6.2 percent, meaning it was higher than that for half the year.

Analysts advanced a number of theories to explain this week's skyrocketing mortgage rates. A federal budget deficit of nearly $2 trillion, with more to come, is believed to be inflationary, and investors are demanding higher interest rates to compensate for the inflation risk.

EcoRealty tries its best to dig up items of local or regional interest that deserve greater exposure. Every once in a while, however, we're able to scoop our colleagues in the local media. Such was the case with the previous story. While we were privileged to be in a position to get the ball rolling, Debbie Gallant at Baristanet.com helped spread the word which got the attention of The NJ Star Ledger which helped bring it to a satisfactory conclusion for the residents.
Posted by Geoff Gove at 11:47 PM 1 comment: 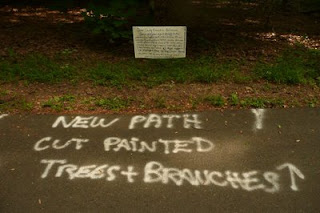 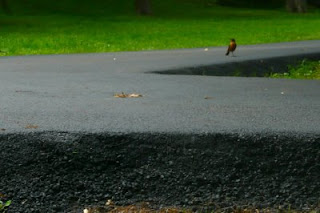 (click on pix to enlarge)
First it was too many trees on Montclair's Myrtle street. Now an even bigger pushback is underway by residents in the Brookdale Park area for Essex County's widely publicized plans to pave new paths through Brookdale Park along with repaving on top of the old ones elevating the paths as high as 6 inches above "ground level." Members of the Brookdale Park Conservancy are up in arms at nearly every aspect of the project. "Not only were we not consulted in advance", complained one resident, "but Essex County has had this ready to go for 18 months without telling anyone. The roads may need work but no one thinks the paths are in need of repaving."

One neighborhood activist posted this sign at the planned starting point for a new asphalt path connector to Poe St:
Scores of neighbors object strongly to the addiion of the asphalt path at this location. It will unnecessarily destroy precious habitat, increase stormwater runoff poution and Heat, diminishthis woodsy settung Olmstead intended, require repaving, waste tax dollars, and aggrevate your voters. NO MORE ASPHALT IN BROOKDALE PARK. NO ADDITIONAL PATHS.
Neighbors-- If you share this sentiment, contact
joedi@adminessexcountynj.org

Here's an excerpt form the letter that Susan and Richerd Mullins sent:

PLEASE REVERSE THE “INSULT ONTO INJURY” OF REPAVING THE BROOKDALE PARK PATHS! On May 29th, We were heart sick as we walked the Brookdale Park paths last Thursday. There was a new, quite thick, layer of macadam from the Bellevue Ave entrance to the Grove Street entrance. Accompanying paths to the street were also redone. As a result, deep ruts are created alongside the edges through which water and topsoil and any other living thing will probably flow and become mud.

Runners who refuse to ruin their legs by continually running on macadam, now have the option to run in mud, and probably have the second hazard of spraining their ankles as they climb off and on the path. Daily walkers, like myself, will have the same hazards through a good deal of the winter while the park paths are slippery with ice and snow. The deep, unexpected ruts, alongside the curb-like height of the path will make walking incredibly treacherous.

WE DO NOT WANT OUR TAX (GREEN ACRES) DOLLARS GOING TOWARD GREEN DEVASTATION, ENVIRONMENTAL DEGRADATION AND HAZARDOUS WALKING CONDITIONS! Please do whatever you can in order to stop such a travesty!

County officials announced early Monday that plans for new paved paths would be scrapped, but all the old paths will still have to be repaved because "the money's been spent."
Posted by Geoff Gove at 10:03 PM 1 comment: