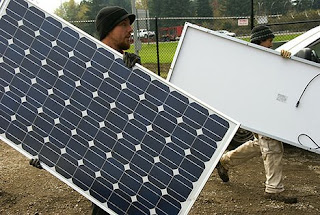 The new law requires a developer of 25 or more residential units to offer to install a solar energy system when a prospective owner enters into negotiations, provided installation of such a system is technically feasible as determined by the Department of Community Affairs in consultation with the Board of Public Utilities. (photo: Oregon DOT)
Posted by Geoff Gove at 7:13 PM 1 comment:

The Ups and Downs of Today's Mortgage Market 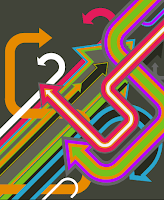 Approval Rates Fall
Most people who apply for loans still receive them, with the pull-through rate - the percentage of applicants whose loans are approved - running about 60%, but that's significantly lower than the pull-through rate the Mortgage Bankers Association recorded during the height of the housing boom. In 2003 nearly 79% got their loans. Borrowers with scores of 750 or above accounted for 38% of loans issued during the second quarter of 2008, compared with just 23% just two years earlier, according to the MBA. Those with low credit scores of 650 or less represented only 15% of loans during the first three months of 2008, compared with 28% during the first quarter of 2006.
Posted by Geoff Gove at 3:08 PM No comments: 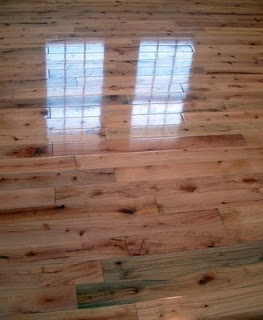 The U.S. Census Bureau reported that new home sales rose 4.7% to a seasonally adjusted annual rate of 337,000 in February from a revised 322,000 in January. It was the first increase since July. Economists were expecting a sales rate of 300,000, according to consensus estimates compiled by Briefing.com. The report also showed that the median sale price of new houses in February was $200,900, down 18% from $245,300 a year ago. Are we starting to scrape the bottom?
Posted by Geoff Gove at 11:07 PM No comments: 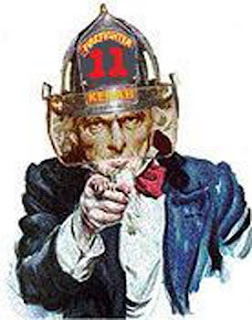 This month marked two major developments in the Fire Departments of the adjacent towns of Clifton and Bloomfield. The doors finally closed on Clifton's Fire Dept #2, laying off several of its firefighters, as part of the city council's plan to save more than $4 million this year - a plan that will see 60 city jobs cut. Protests by firemen and residents have moved onto a community website.

After an in depth evaluation covering all aspects of how the department is run (from management to operations), it was found that Bloomfield measured up to the rigorous standards that were required by the Center for Public Safety Excellence. Of the 30,000 plus fire departments in the US, just 130 have received International Accreditation (no other Municipal Department in the State of NJ has attained this distinction).
Posted by Geoff Gove at 8:59 PM No comments: 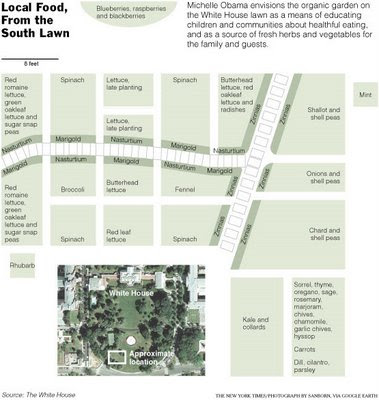 Click on map to enlarge. Garden Map courtesy of The White House

Details in today's NY Times
Posted by Geoff Gove at 1:29 AM No comments: 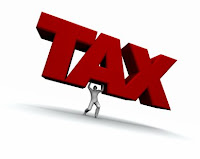 So you didn't qualify for home buyer tax breaks or home owner loan modifications from the stimulus bill? Cheer up! You can now get up to $19,000 in upgrades to your house. Expanded tax incentives in 2009 and 2010 for energy-efficient and renewable-energy home improvements include $1,500 in tax credits for qualifying windows, doors, insulation, roofs, heating and cooling equipment, water heaters, and even wood and pellet stoves. You'll get a tax credit of 30% with no upper limit through 2016 for installing qualifying solar technology, small wind-energy systems, or geothermal-well systems.

Low Impact Living has a good breakdown of the savings potential from home improvements but the ultimate source for learning how to get the most tax credits is EnergyStar.gov.

A new homeowner could conceivably do a twofer -- combining the two breaks to REALLY cleanup!
Posted by Geoff Gove at 9:56 AM No comments:

I get asked all the time if buyers are coming back into the market. If the past few weeks are any indication, I'd have to say YES. Clifton for example has been one of the slower markets with literally 100's of 3 and 4 bedroom homes available a any given time. Most fall between 250k and 450k. When an appealing house comes online in an appealing neighborhood, buyers come out of the woodwork. Especially with the new 8k tax credit.

Two weeks ago, I took my best buyers to an open house "premier" on Jacklin St. It was across the street from a nearly identical Cape that had been on the market for months at 347K(very nice but a bit over priced). The newest was renovated and 299k. We could barely find a parking place. When we did, we couldn't walk through the house without tripping on another buyer's foot. Since the agent had already written up his first offer while awaiting more from other agents, we passed.

A week later we found another new "opening" less then 8 blocks away a well staged Colonial on Englewood for 329K. When I told the agent to expect an offer, she replied that there was already enough action for a "highest and best." We had one shot without knowing how many others. It turned out we were the lowest of five -- at least one was over the asking price. Maybe the good old days are back!
Posted by Geoff Gove at 8:49 PM No comments: 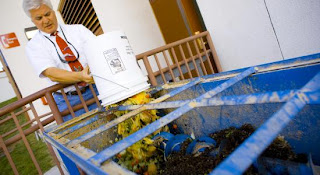 On Tuesday, March 10, at 7:00 p.m. at the Bloomfield Civic Center, Nicholas Smith-Sebasto, associate professor in the Department of Earth and Environmental Studies at Montclair State University will present a seminar on large-scale aerobic composting as used at MSU since 2007, sponsored by the Bloomfield Recycling Committee. The MSU composter can process approximately 2 tons of food residue daily at a cost of about $3 a day, produces compost for lawns and gardens, and diverts food waste from landfills and incinerators. Everyone is welcome to attend, particular schools, colleges, businesses, and other institutions with large amounts of food waste.

An excellent Mike Peters photo essay on the innovative process can be seen on the MSU website.
“The amount of food residue that ends up in landfills is astonishing,” said the Professor, “and the food waste that is thrown out and ends up in landfills is a contributing factor to the ‘build out’ problem that has reached a critical point in New Jersey.”
Posted by Geoff Gove at 7:58 PM No comments: 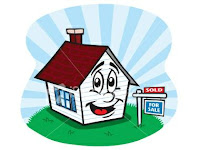 On March 4, 2009, The Obama Administration announced new U.S. Department of the Treasury guidelines to enable servicers to begin modifications of eligible mortgages under the Administration's Homeowner Affordability and Stability Plan – announced by President Barack Obama on February 28, 2009. The National Association of Realtors has a detailed breakdown of The Plan.

Update:The government has just launched a website that walks homeowners through the process of qualifying.
Posted by Geoff Gove at 10:26 PM 1 comment: