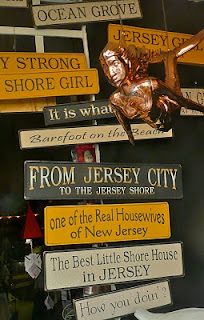 Along with being number one in blueberry and eggplant production, highway off ramps, and property taxes, New Jersey has now outpaced the rest of the U.S. in sales of homes. According to the National Association of Realtors, New Jersey was one of only three states that showed positive growth in sales volume from the fourth quarter of 2009 to the first quarter of 2010.
New Jersey’s growth in homes sales bucked both the national trend, where sales growth diminished by 14 percent, and the Northeast regional trend, where sales volume dipped by 17.7 percent. The quarterly growth in real estate sales in New Jersey, at 6.8 percent, was the best growth in the nation among high-volume states and was second among all states in the nation, exceeded only by Wyoming.

In a recent Op Ed for The Bergen Record, Jarrod Grasso, CEO of the NJ Association of Realtors cites several reasons for the Garden State's attraction to homebuyers including: the firming up of New Jersey's local markets, and the support for tourism and transportation not to mention proximity to the major markets of New York and Philadelphia.

The nationwide data show that the volume of existing home sales in New Jersey has increased in each of the last four quarters. The Garden State is one of only two states that can boast of this positive trend. Confidence in the market is high, home prices are both reasonable and appropriate, and mortgages are affordable and available.
Posted by Geoff Gove at 11:56 PM No comments:

Is it Cheaper to Leave NJ or Stay? 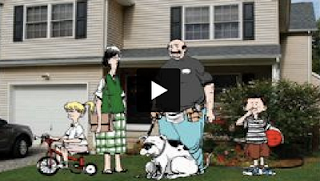 Prevailing wisdom insists that increasing taxes on New Jersey's 16,000 millionaires will cause an irreversible exodus along with the loss thousands of potential jobs in the companies they run. However records appear to indicate otherwise.
Actual tax return data from the New Jersey Department of the Treasury confirm that the number of tax returns with incomes of $500,000 and above has been growing. The current recession may tell a different story in more recent years, but in 2007 (the most recent data available), 48,500 tax returns were filed with incomes of $500,000 or more. This is nearly twice the number (25,500) filed in 2002.
In fact, it seems to be the middle class that is most sensitive to tax pressures, as demonstrated in this video by TheStar Ledger's Brian Donohue. Scroll down for the reader comments that follow,
Posted by Geoff Gove at 11:57 PM 1 comment:

The Take Away About Walking Away 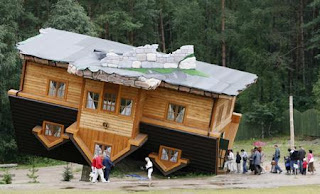 More and more Americans are walking away from their mortgage obligations. A report released by Morgan Stanley indicated that more homeowners are defaulting on their mortgages even though they can afford to pay the loans. According to the New-York based global financial services giant, around 12% of the total number of mortgage defaults in February were “strategic,” up from only 4% in mid-2007.

The report stated that homeowners are more likely to default on their mortgages the higher their credit scores and the larger their loans. It notes that strategic defaults rise based more on how much more borrowers owe in housing debt than the price of their homes.

Industry experts have warned that borrowers who default on their mortgage pose a big risk to the housing market. Morgan Stanley’s report, however, acknowledged the efforts by the Obama administration to address the issue of rising mortgage defaults. The federal government’s policy change “gives us hope that policymakers are serious about curbing future strategic defaults,” the report said, referring to Washington’s plan to amend its anti-foreclosure program to encourage cuts to borrowers’ principal amounts, instead of just the payments they make. As many as 12 million foreclosures will hit the housing market over the next few years if lenders fail to effectively adjust borrowers’ debt.
Posted by Geoff Gove at 11:47 PM No comments: