Sales of newly built, single-family homes rose 3.3% in April to a seasonally adjusted annual rate of 343,000 units, according to newly released data from HUD and the US Census Bureau. “The increase in April sales activity is in line with other important housing measures that have shown continued, gradual improvement from the first quarter as more consumers look to take advantage of today’s low interest rates and affordable home prices,” noted National Association of Home Builders (NAHB) Chairman Barry Rutenberg, a home builder from Gainesville, Fla. “In markets where demand is rising, we could be seeing a faster pace of recovery if not for persistently tight lending conditions that are slowing both the building and buying of new homes.” 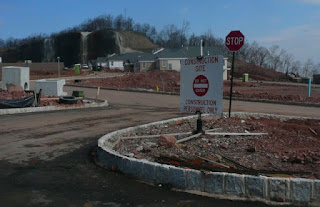 “Today’s report is representative of the kind of modest but consistent gains that we expect to see in new-home sales through the remainder of 2012,” said NAHB Chief Economist David Crowe. “As indicated by our most recent builder surveys, more consumers are taking advantage of historically low mortgage rates amidst firming economic and job market conditions in certain areas.”

A measure sponsored by Assembly Democrats aimed at halting the state Department of Environmental Protection from circumventing existing environmental regulations was approved by an Assembly panel on Monday by a 5 - 2 vote. "The DEP does not have the statutory authority to promulgate one set of rules and regulations in order to waive other rules and regulations previously adopted as a result of legislation," said Barnes (D-Middlesex). "Not only does this go against the very purpose of creating legislation, but it also has the potential to harm the environment and the residents of this state."

A coalition of 28 environmental and labor groups sued the Department of Environmental Protection on the grounds that the agency does not have the authority to simply waive requirements of at least 85 statutes put in place by the legislature as part of 40 years of environmental protection legislation. The asked the Democratic legislature to exercise the authority given to them by an obscure constitutional amendment that allows them to strike down an agency rule if the legislature determines that the rule is not in keeping with the legislative intent behind the law.

"This is an attempt by the department to completely circumvent a great deal of the environmental protections we have put in place to protect the people of this state," said McKeon (D-Essex/Morris). "This is a classic example of this administration acting without regard for the laws of this state, a pattern we've seen repeatedly over the last two years."
Posted by Geoff Gove at 11:57 PM No comments:

Why Short Sales are Becoming the Best Option for Underwater Homeowners

Can you short sale your home even if you are not late on your mortgage and may be able to make the payments. In the industry that is called a ‘strategic short sale.‘
A short sale happens just like any other home sale. A Realtor lists the home, an offer is received, you (the seller) decide if you want to accept, reject, or counter the offer. Once terms are finalized the home is pending/ in contract just like a normal sale. You and the buyer sign the contract.
You don't need prior approval from your lender to do a Short Sale.
You DO NOT need to be late on you mortgage to do a short sale. In fact, there is an advantage now in remaining current on your payments. 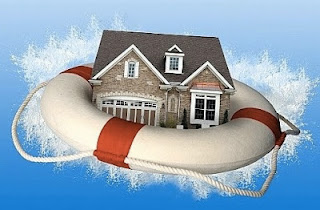 Beginning on June 1, 2012, the 3 major credit reporting agencies have announced they will change the impact of  short sales on a borrowers credit (assuming they missed no payments and weren’t late) to a ‘neutral’ -- with little to no negative credit ramifications.

Mortgage Rates Bottoming Out -- Or Going Even Lower?

Melissa and Joe Gorga first put their home on the market in 2010 for $4.5 million shortly before becoming part of Real Housewives of New Jersey. They took it off the market when the hit reality show began -- perhaps thinking that the growing popularity of the show would add to the home's value. 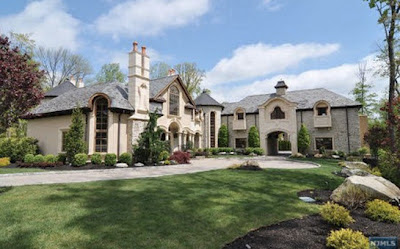 This week they relisted their 13,500 ft. mansion for $3.8 Million -- a hefty %700,000 price drop. Tax rcords indicate that Joe Gorga, a developer who builds custom homes to order, bought the property in 2008 before building their French Chateau style mansion.

Perhaps the Gorgas  lowered their asking price to compete with this comparably sized mansion now under constructioin in their neighborhood listed at $3.89 Million.
Posted by Geoff Gove at 11:00 PM No comments:

FHA vs Conventional Mortgages -- Which is Better for You?

Whether an FHA mortgage is better than a conventional one depends on a number of factors including current interest rates, current mortgage insurance rates, and your expected downpayment/equity percentage. 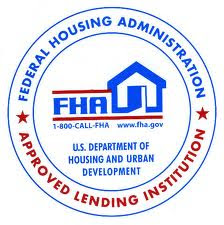 Mortgage expert Dan Green goes into detail on this subject in his Mortgage Reports blog...
Posted by Geoff Gove at 5:03 PM 2 comments:

Looking for an Asian Paradise? Phuket!

Phuket Island, in Thailand, is now increasingly recognized as one of the prime locations to buy real estate in South East Asia. The surrounding islands of the Andaman Sea offer a sailing and boating environment second to none in the world. The nearby Similan Islands is recognized as one of the top scuba diving destinations in the world. Fishing, windsurfing, biking and five first-class golf courses make Phuket a sportsman’s paradise. Rapidly improving infrastructure is giving Phuket all the facilities of any modern community, with big shopping complexes, international colleges, such as British Curriculum International School and QSI International School of Phuket, well-equipped hospitals, and marinas. 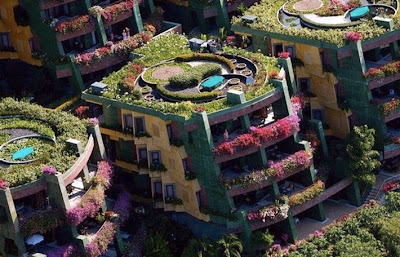 All of the above information is factual. But the basis for the viral photo at right titled: "Botanical Apartment Therapy in Phuket, Thailand," is still a mystery. In the 3 months since it was originally posted there has been no credit or supporting info given.  This has led to speculation that it may be a Photoshop creation -- perhaps as part of a marketing campaign.

Hopefully, it is at least a work in progress for a dream development in the making -- somewhere.
Posted by Geoff Gove at 2:31 PM 5 comments:

Pending home sales increased in March and are well above a year ago, another signal the housing market is recovering, according to the National Association of Realtors(R).
The Pending Home Sales Index,* a forward-looking indicator based on contract signings, rose 4.1 percent to 101.4 in March from an upwardly revised 97.4 in February and is 12.8 percent above March 2011 when it was 89.9. The data reflects contracts but not closings.
The index is now at the highest level since April 2010 when it reached 111.3.
Lawrence Yun, NAR chief economist, said 2012 is expected to be a year of recovery for housing. “First quarter sales closings were the highest first quarter sales in five years. The latest contract signing activity suggests the second quarter will be equally good,” he said.
“The housing market has clearly turned the corner. Rising sales are bringing down inventory and creating much more balanced conditions around the county, which means home prices will be rising in more areas as the year progresses,” Yun said.
Posted by Geoff Gove at 11:00 PM No comments: