Building An Even Better Lightbulb 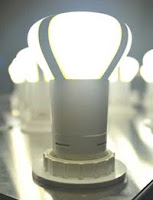 Compact fluorescent light bulbs (CFLs), though far more energy efficient than their incandescent, have their critics. The lighting quality tends to be less intense and cool. They also contain trace amounts of mercury, posing health-related breakage and disposal concerns.

The L Prize is the first government-sponsored technology competition designed to spur lighting manufacturers to develop high-quality, high-efficiency solid-state lighting products to replace the common light bulb. Among the requirements is that the bulb must last more than 25,000 hours -— about 25 times longer than a standard light bulb.

The competition will substantially accelerate America's shift from inefficient, dated lighting products to innovative, high-performance products. Just as Thomas Edison transformed illumination over a century ago, the L Prize will drive innovation and market adoption.

The Department of Energy has announced that Philips Electronics has submitted the first entry in the L Prize competition. "The race is on," said DOE Solid-State Lighting Program Manager Jim Brodrick. "Philips is the first to submit a formal L Prize entry, demonstrating their leadership and corporate commitment to energy conservation in lighting. Philips' entry into the competition is a clear signal that massive energy savings from solid-state lighting are within our grasp. The field is wide-open, and we hope to see more entries from both large and small manufacturers."
Posted by Geoff Gove at 7:52 PM No comments:

Bloomberg is warning that the recovering housing market may be heading for a relapse as President Obama and Federal Reserve Chairman Ben Bernanke consider ending support for the industry that is widely viewed as he source of the global financial crisis.

The Obama administration is studying whether to let a first-time home buyers’ tax credit expire as scheduled at the end of November. The $8,000 credit has had a major impact on the demand for hew and existing homes in most markets nationwide, with new-house sales rising 9.6 percent in July from the prior month, the most since 2005.

Ending these efforts may stifle the housing rebound by depressing sales and pushing up both mortgage-backed bond yields and interest rates on home loans, even in the face of the record-low zero to 0.25 percent short-term rates the Fed has engineered, said economist Thomas Lawler.
Posted by Geoff Gove at 9:15 PM No comments: 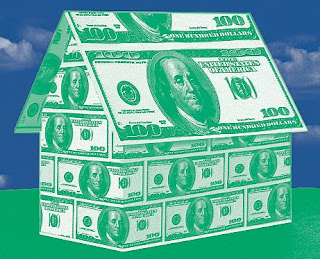 The Federal Deposit Insurance Corporation (FDIC) announced on Wednesday that it is releasing a free tool kit of information that will help borrowers, community stakeholders and the banking industry avoid unnecessary foreclosures and stop foreclosure "rescue" scams that promise false hope to consumers at risk of losing their homes.

The tool kit includes critical information to help borrowers know who to contact and what documents they need to have available to apply for a loan modification that could save their home from foreclosure. This tool kit also describes the warning signs of potential foreclosure "rescue" scams and how consumers, community stakeholders, and bankers can report scammers and prevent fraud. The public can access the free tool kit at http://www.FDIC.gov/foreclosureprevention.
Posted by Geoff Gove at 1:01 PM 2 comments: 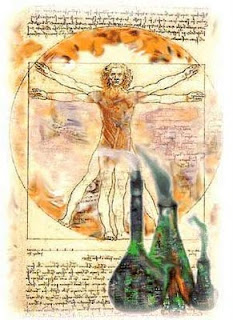 It's no coincidence that healthy living has a direct connection to green living. People that care about the health of the planet often care about eating well, being outside, and avoiding the crap that will shorten their time on this beautiful planet. So it wasn't a huge surprise that when Prevention Magazine and Planet Green came up with a list of Surprising Signs That You'll Probably Live Longer, many of them fit right into a green lifestyle.
Posted by Geoff Gove at 11:55 PM No comments: 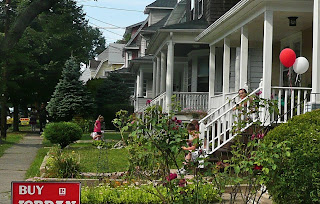 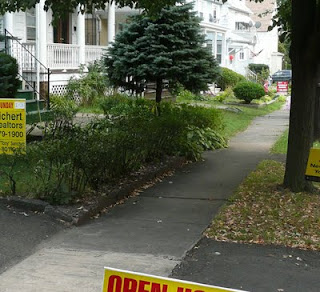 The 20 towns I cover the most usually average well over 200 open houses each Sunday. Yesterday there were 16 on this Labor Day weekend. What are the odds that the only two in Bloomfield were 3 doors apart from each other by competing brokers?
Both assured me they didn't coordinate with each other, but the two houses were very similar 4BR 2 Bath colonials comparably priced. We weren't the only party to show up -- got to listen to a sales pitch to a young couple in the kitchen as we snooped around.
Posted by Geoff Gove at 1:25 PM No comments: 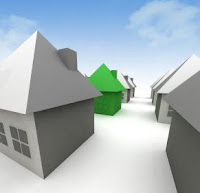 Contract activity for pending home sales has risen for six straight months, a pattern not seen in the history of the index since it began in 2001, according to the National Association of REALTORS®.

“The recovery is broad-based across many parts of the country. Housing affordability has been at record highs this year with the added stimulus of a first-time buyer tax credit,” he says.

“Other buyers are taking advantage of low home values before prices turn higher," Yun says. "Nationally, the typical mortgage payment now takes less than 25 percent of a middle-income family’s monthly income to buy a median priced home, with payment percentages so far in 2009 being the lowest on record dating back to 1970. As long as home buyers stay within their budget, mortgage payments will be very manageable."
Posted by Geoff Gove at 10:35 PM No comments: