Despite strong opposition from NJ Environmental groups, a bill extending expiring building permits to 2014 to help developers in a sluggish economy has passed both houses of the state legislature. The NJ Sierra Club's Jeff Tittel has strongly criticized the measure: “This bill targets environmentally sensitive areas throughout New Jersey especially the Highlands, Pinelands, and Barnegat Bay. This legislation takes the side of developers interests over public interest. It takes the side of sprawl and over development over protecting water supply and natural resources.
Posted by Geoff Gove at 12:16 PM 1 comment:

Showing more evidence of a receding "buyers market," pending home sales bounced back in May, matching the highest level in the past two years, and are well above year-ago levels, according to the National Association of Realtors. Both monthly and annual gains were seen in every region. The Pending Home Sales Index, a forward-looking indicator based on contract signings, rose 5.9 percent to 101.1 in May from 95.5 in April and is 13.3 percent above May 2011 when it was 89.2. The data reflect contracts but not closings. The index also reached 101.1 in March, which is the highest level since April 2010 when buyers were rushing to beat the deadline for the home buyer tax credit. 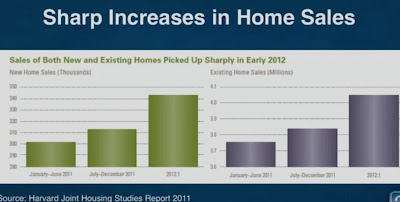 Lawrence Yun, NAR chief economist, said longer term comparisons are more relevant. “The housing market is clearly superior this year compared with the past four years. The latest increase in home contract signings marks 13 consecutive months of year-over-year gains,” he said. “Actual closings for existing-home sales have been notably higher since the beginning of the year and we’re on track to see a 9 to 10 percent improvement in total sales for 2012.” The national median existing-home price is expected to rise 3.0 percent this year and another 5.7 percent in 2013. “If housing starts do not rise in a meaningful way over the next two years due to the difficulty in getting construction loans, and barring an unexpected shift in the economy, the steady shedding of inventory could lead to shortages where home prices could get bid up close to 10 percent in 2013,” Yun said.
Posted by Geoff Gove at 2:23 PM No comments:

New Jersey's economy is growing, but decelerated from last month's 1.22% change and lags the rest of the nation. 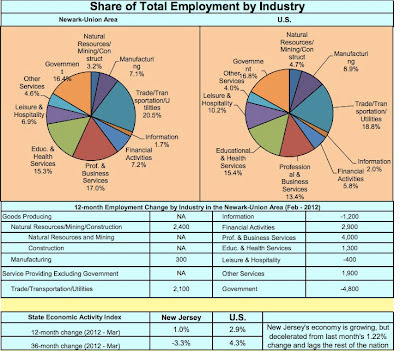 The Times of Trenton reports that Toll Brothers Inc., one of the nation's largest homebuilders, will pay a $741,000 civil penalty for violating the Clean Water Act at 600 developments in 23 states, including dozens in New Jersey.

The consent agreement — negotiated by the U.S. Environmental Protection Agency, U.S. Justice Department and authorities in Maryland and Virginia — includes hundreds of water pollution violations. Toll Brothers also will invest in a company-wide stormwater compliance program to improve employee training and increase management oversight at all current and future residential construction sites across the nation. The company is required to inspect its current and future construction sites routinely to minimize stormwater runoff. 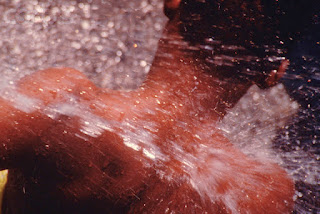 The company allegedly failed to comply with permits issued under the Clean Water Act that resulted in the discharge of pollutants from construction through stormwater runoff, settlement documents said. New Jersey had 43 sites that violated the federal law, the second largest number out of the 23 states.

The company allegedly failed to comply with permits issued under the Clean Water Act that resulted in the discharge of pollutants from construction through stormwater runoff, settlement documents said. Toll Brothers will pay a civil penalty of $741,000 to resolve the alleged violation of the Clean Water Act. About $702,000 will go to the federal government, with smaller amounts going to Maryland and Virginia. Toll Bros. Inc. have, so far, declined any comment on the settlement.

New Jersey will not receive any of the settlement money since it did not report any of the violations to the EPA or participate in the settlement. (Readers of this blog may recall our post on NJDEP's new LSRP policy and how it is letting the DEP skirt it;s responsibility for oversight of pollution violations. Is the DEP intentionally ignoring it's own regulations? Many environmental groups are coming to this conclusion.  NJ Spotlight has published an  interactive map of the NJ sites for which the Toll Bros. have made setttlemrent agreements.
(Photo by Geoff Gove)
http://www.nj.com/mercer/index.ssf/2012/06/toll_brothers_violate_clean_wa.html

Steal of an Island Deal in NYC

Who would have thought that you can still find waterfront property in New York City for less than a standard 50 x 100 foot lot in suburban NNJ?

Alex Schibli was thrilled to learn, last fall, that he made the winning bid of $176,000 for a 2.6 acre "fixer upper" island off the South Bronx. The 72 year old retired Port Authority worker who lives on nearby City Island is planning to build his dream home on the stone foundation of the previous house.

That structure was flattened by a hurricane in 1938. 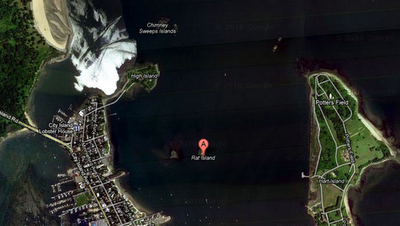 Schibli and his 61 year old girl friend are planning to build an eco-friendly solar powered home out of reclaimed wood, which would be off the grid.

The last house on Rat Island, once used as an artists’ hangout, was destroyed by a hurricane in 1938, but the stone foundations remain.
Posted by Geoff Gove at 11:57 PM No comments:

The legendary Baby Boomers have finally reached retirement age and have led the trend towards downsizing and/or looking for retirement communities to spend their "Golden Years."  Replacing them are their "Echo Boomer" children.
An estimated 84.7 million young adults in the Echo Boomer generation, the oldest of whom turned 25 in 2010, are expected to enter the housing market within the next 20 years. A recent Harvard study states that, as housing markets improve, more fence-sitting young adults will convert from renters into first-time home buyers. If the Harvard study is right, by next year, home values -- and mortgage rates -- will be higher. 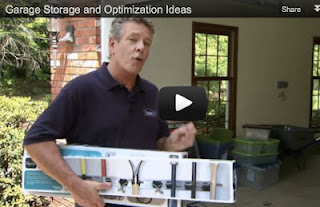 Visit houselogic.com for more articles like this.
Copyright 2012 NATIONAL ASSOCIATION OF REALTORS®
Posted by Geoff Gove at 10:30 PM 1 comment:

"Art-ification" of an Abandoned Detroit Neighborhood

The Heidelberg Project is an art environment that spans two Detroit city blocks. Tyree Guyton began the project almost twenty years ago in 1986, in response to the deterioration of his neighborhood, which was being consumed by drugs, poverty, and violence. He began by cleaning up vacant lots, working alongside his grandfather and local children. 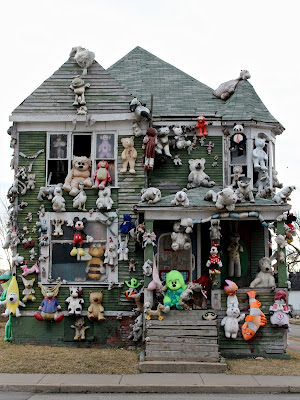 He reused the detritus they collected from the lots to build what has become both a piece of art and vision of his community. Attaching found items on the walls of deserted homes, he transformed the structures into art sculptures. Empty lots became public art gardens. Soon the neighborhood had polka-dotted streets. Shopping carts peeked out of trees and stuffed animals hang from houses. Guyton, who began with a devastated city space, has slowly converted Heidelberg Street into a colorful, imaginative artscape that inspires play, dialogue, and new ideas about how to rebuild a community. More from www.architizer.com with photos (c)K.Scott Kreider:
Posted by Geoff Gove at 11:48 PM No comments:

Anyone remember LSMFT?  LSRP may share an association with a pollution issue, but not much else.

Although New Jersey may be approaching the tipping point in acronym overload, LSRPs are here to stay and a major factor in monitoring the cleanup of toxins from contaminated sites. As of May 7, 2012, the newly implemented Site Remediation Reform Act (SRRA) is requiring all remediations in the state of New Jersey to proceed under the supervision of a Licensed Site Remediation Professional (LSRP). 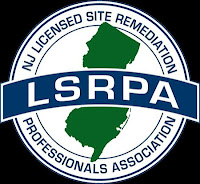 Only LSRPs will be authorized to sign and certify reports through the site investigation and cleanup process.

In many situations, DEP will no longer be required or authorized to review and approve investigation and cleanup plans in advance, or to issue No Further Action letters and Covenants Not To Sue at the conclusion of cleanups. Instead, the LSRPs will determine the propriety and conclusion of investigations and cleanups, and will issue the final sign-off document, to be known as a Response Action Outcome (RAO). The goal is to increase the pace of remediation and help decrease the threat of contamination to public health and safety and of the environment, and to quickly return underutilized properties to productive use.

The new regulations have spawned a cottage industry of freelance LSRP consultants shopping themselves out to developers as well as towns affected by planned developments on contaminated sites.